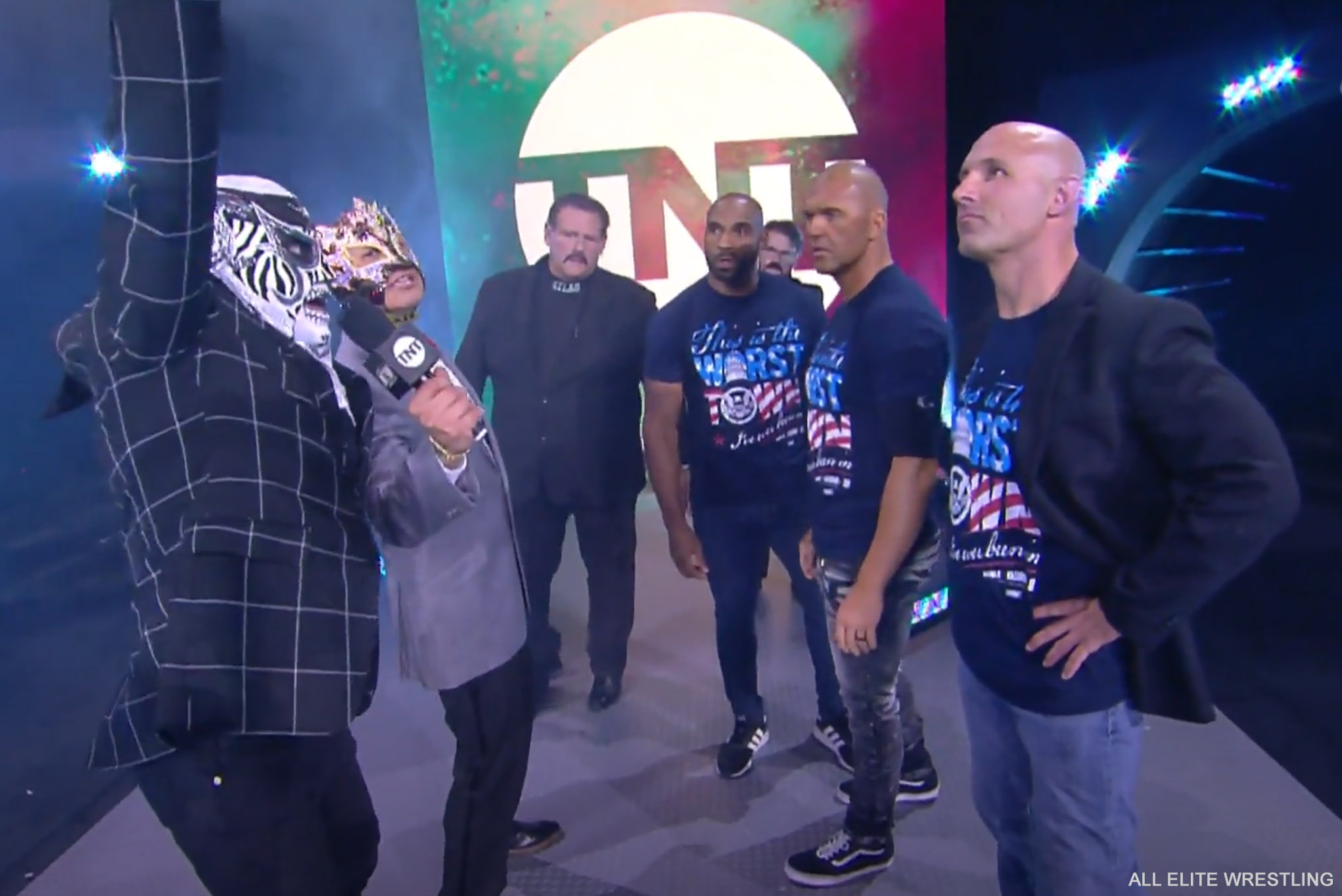 6. The AEW tag title tournament is going to be wild

The tournament to crown the inaugural AEW tag team champions doesn’t begin until this coming week, but in Washington DC on Wednesday it was clear to see how much the opportunity means to several of the teams involved, and even to some who are not: Angelico and Jack Evans’ interruption of an interview with Jay & Silent Bob Reboot stars Kevin Smith and Jason Mewes being a case in point.

Then there was the declaration by Scorpio Sky that he will defer to his two more experienced SCU colleagues in the tournament - an announcement that concluded with a tense face-off against the Lucha Bros. Pentagón Jr. and Fénix may well be the favorites after climbing the Escalera De La Muerte at All Out and staking their claim as the best tag team in the world, but was their decision to taunt a team on the other side of the bracket a sign that maybe they’re getting a little overconfident?

Anyway, before any of those teams enter the battlefield the tournament kicks off this Wednesday in Boston when the Young Bucks clash with Private Party in a match that could be one of the highlights of the entire competition. With Jurassic Express, Best Friends and Dark Order also entering the fray in the coming weeks, AEW looks to have the strongest tag division on the planet and a tournament that will showcase exactly why that’s the case.

The second episode of AEW Dynamite airs LIVE this Wednesday at 8/7c on TNT in the United States, TSN in Canada, and Fite TV internationally. Viewers in the UK can also watch Dynamite on the ITV Hub from Thursday evening and on ITV4 from Friday. For more viewing information please click here.