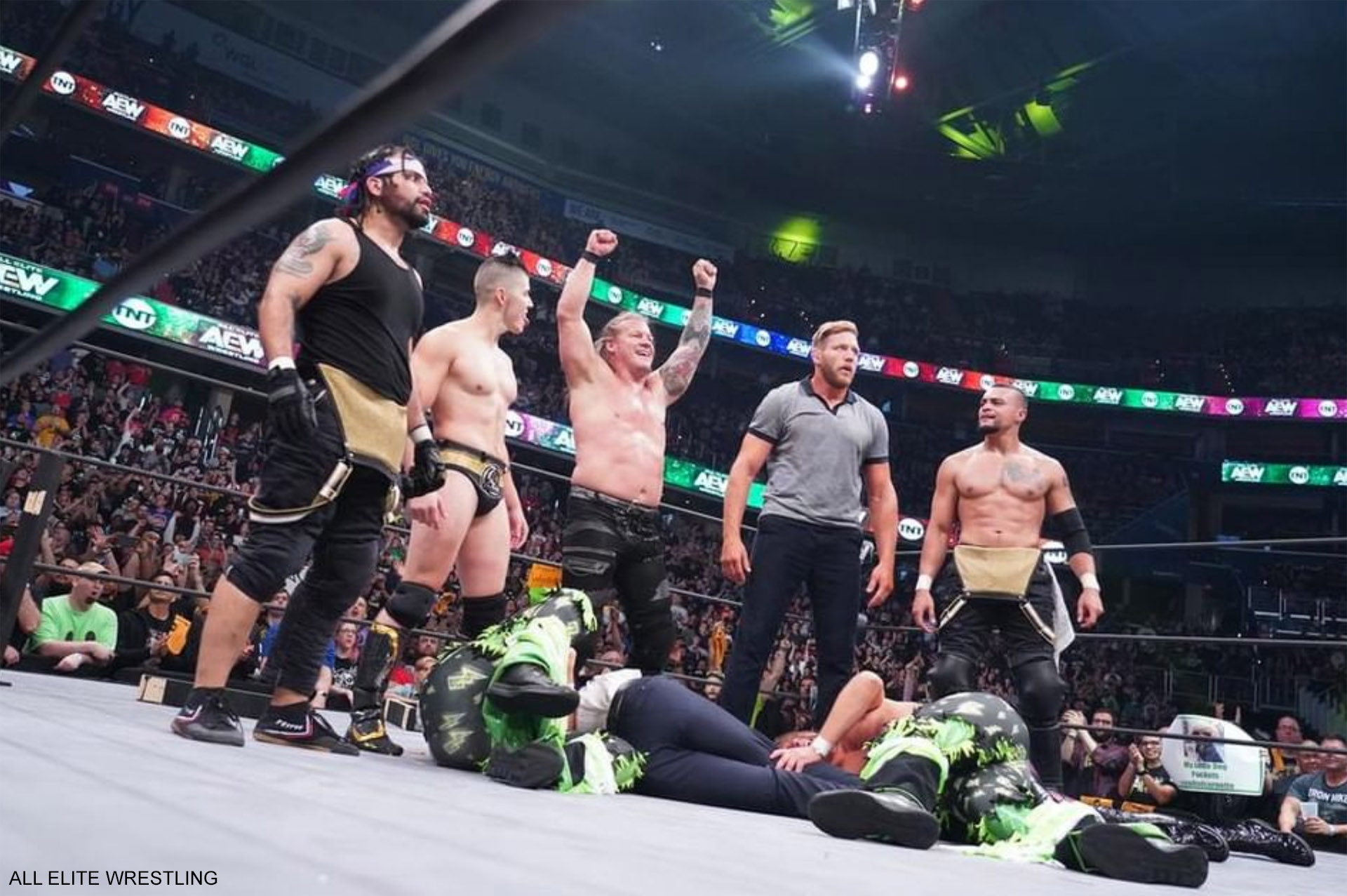 1. Jericho and his allies are out to destroy The Elite

It’s no secret that AEW World Champion Chris Jericho believes that he - not the Khan family, not The Elite, and certainly not the fans - is responsible for the success of AEW. But of all the people who “Le Champion” resents for their supposed ingratitude, he seems to have particular contempt for the man who will challenge him for the title at Full Gear on November 9. Jericho blindsided Cody after the latter’s victory against Sammy Guevara in Wednesday’s opening bout, but there was more to come.

After the Judas Effect ensured victory for the champ and his hand-picked partners Santana and Ortiz in the night’s six-man main event versus Kenny Omega and the Young Bucks, it became alarmingly apparent that Jericho has been recruiting allies. Guevara - capping off a breakout night for his career, albeit not for his integrity - joined the party and helped the victorious trio to deliver a beatdown to both the Jacksons and the Rhodes brothers.

Then Jericho unveiled his ace in the hole: the mammoth Jake Hager shocked the world by choosing this moment to arrive in AEW, ensuring in the process that the world champion and his apparent new pals finished the night by making a terrifying statement to the rest of the locker room. There could scarcely be a more ominous foreshadowing of what may be to come than the sight of this new power bloc towering above the broken bodies of The Elite as Dynamite went off the air.