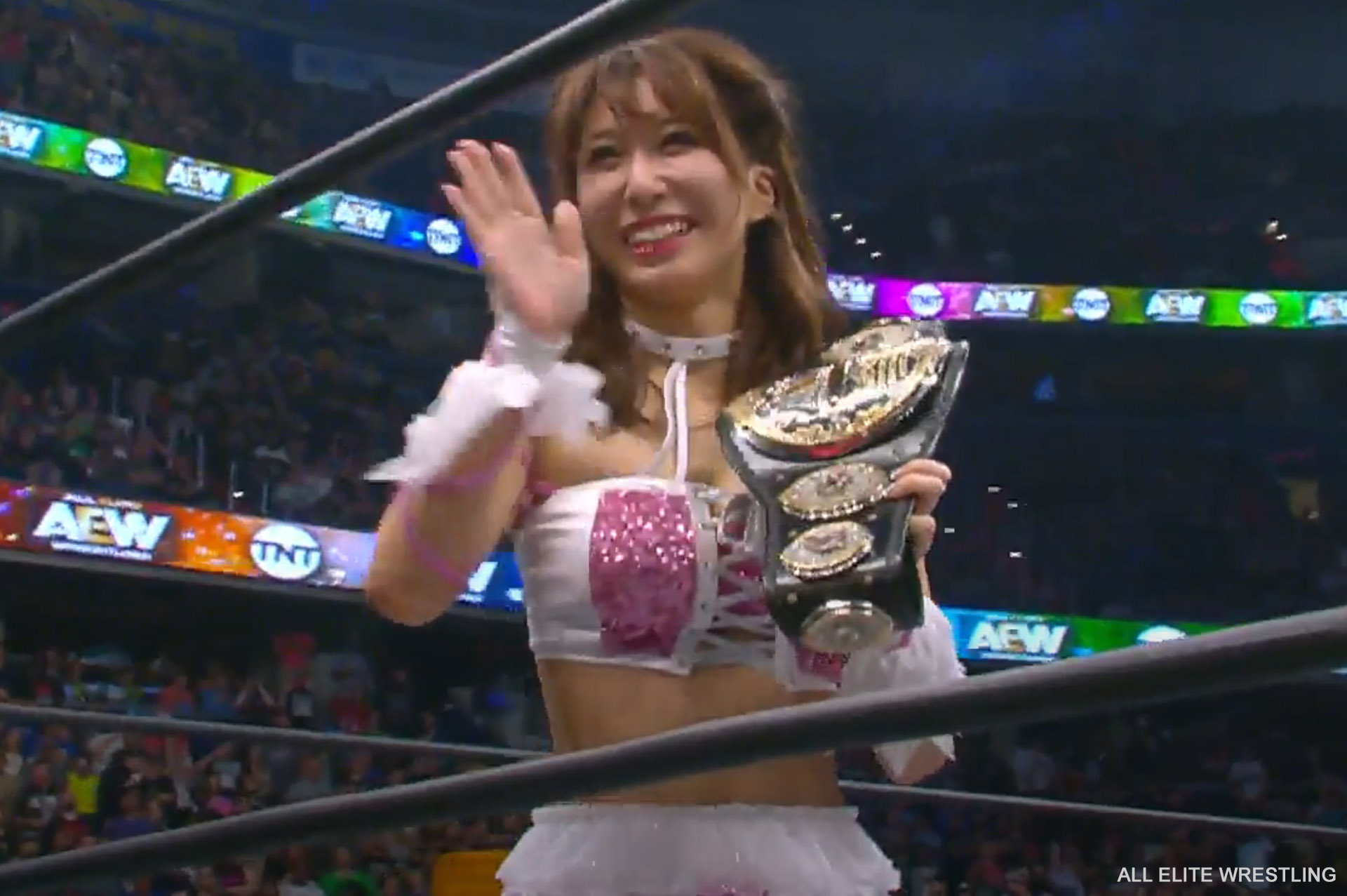 3. Those who underestimate Riho do so at their peril

Admit it, you didn’t honestly expect to see Riho holding the AEW Women’s World Championship belt above her head on Wednesday night, did you? Don’t worry, you’re far from the only one: almost no-one believed that the petite Japanese star could find a way to take down Nyla Rose one-on-one with a place in the history books at stake. But she did - and in the process taught a valuable lesson to everyone who wrote her off.

That’s not to say she doesn’t now have a huge target on her back. Britt Baker - who watched Riho’s victory from the commentary table - has been crystal clear about her designs on the gold, while her nemesis Bea Priestley will also be plotting her route to victory as we speak. The champion’s compatriot Hikaru Shida must also be in contention, and it’s impossible to discount Brandi Rhodes or her monstrous associate Awesome Kong.

And what next for Nyla Rose? As dominant as she was for large portions of Wednesday’s match she now finds herself with two losses against Riho, which oddly might make her the most dangerous contender of all - her fury at that double defeat combined with her knowledge of what she did wrong could ensure she strikes it lucky at the third attempt… but then again, perhaps that prediction is just one more example of Riho being underestimated.