2. The O.J.M.O will get his comeuppance at Frontline 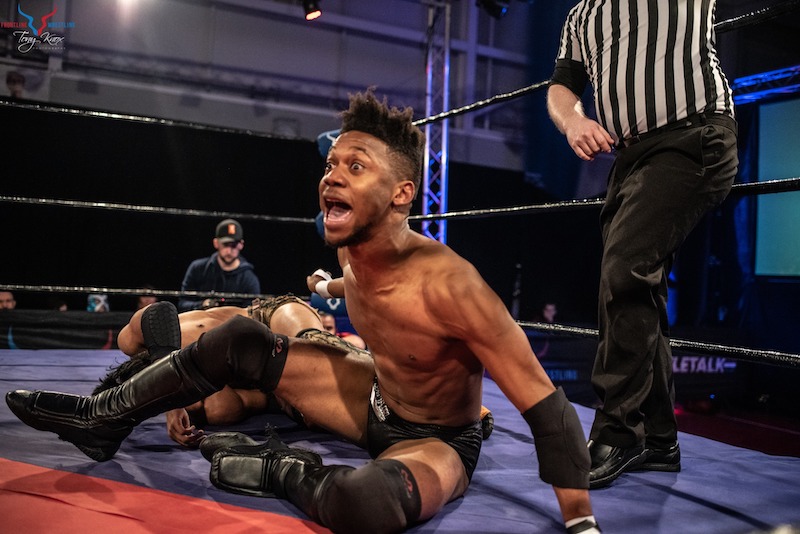 Last summer I wrote a blog entry raving about the main event between Rob Sharpe and The O.J.M.O at Frontline’s anniversary show, and how it might herald the latter’s arrival as a major player on the UK scene. Fast forward six months and O.J.M.O has become the poster boy for the next wave of UK talent… but here’s my question: has that success given him a healthy self-confidence or a dangerous hubris? It’s been bothering me for a while: the crude response to still being labelled as an “up-and-comer” (I'm not linking to it, look it up on his social media), the boasts that he will soon be featured everywhere, the reckless attack on Sharpe and Chuck Cyrus at Frontline in December, where he staked his claim to a European Openweight Title rematch. O.J.M.O’s impatience for glory is leading him on a dangerous trajectory, and I think I can see how it will end: in that rematch against Sharpe, whenever it comes, The O.J.M.O may just come crashing back down to Earth.